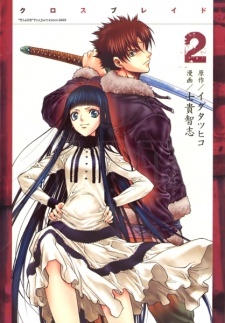 Four years ago, a large scale disaster in Tokyo claimed two million lives. The remaining thirteen districts of the city were isolated into the Tokyo Barricade Zone. Morisaki Harumi, an unruly kid with great fighting strength, is his family's sole survivor from the incident.

One day, in a traffic accident, Haru gets pulled into a world of violence and meets Mana, the girl who turned herself into an ancient sword.

Story ends at 12 volumes and continues into the sequel X Blade Cross.

Not to be confused with the action-adventure game X-Blades, or the χ-blade from Kingdom Hearts