Manga / Until Your Bones Rot 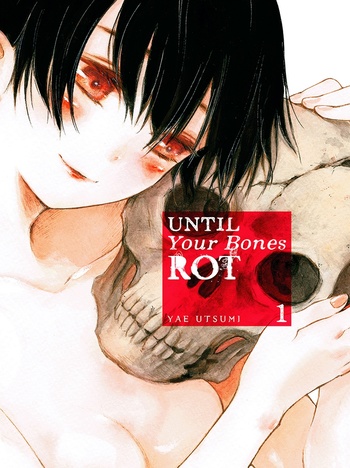 I Know What You Did Last Summer: the manga.

Until Your Bones Rot (Hone ga Kusaru made) is a psychological-horror, mystery manga by Yae Utsumi that ran from May 1, 2016 to February 11, 2018, with 7 volumes total.

Five childhood friends: Shintaro, Tsubaki, Haruka, Ryu, and Akira have been performing a ritual every summer festival for the past five years. Five years ago, they killed someone, so they perform a ritual to never forget, to never betray. A secret they will take to the grave. But now someone else knows, and a single phone call changes everything.

Tropes contained in Until Your Bones Rot