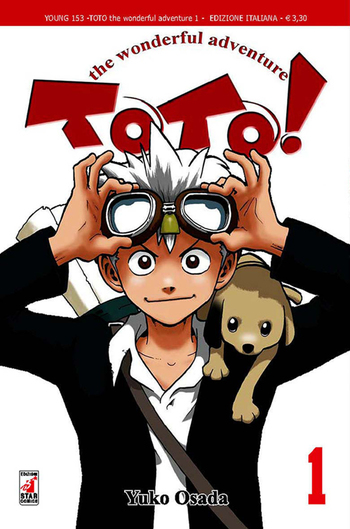 The world is vast. So, my boy...you don't need a reason. Go on an adventure!!
Advertisement:

Toto!: The Wonderful Adventure (トト! The Wonderful Adventure) is a Japanese manga series, written by Yuko Osada and loosely based on the The Wonderful Wizard of Oz and Alice in Wonderland. First appearing in Weekly Shōnen Magazine in March 2003, Its original run lasted from April 15, 2005, to November 17, 2005. It is the story of a young rambunctious teenage boy named Kakashi exploring his world with his friends.

In desperate need of Wiki Magic.