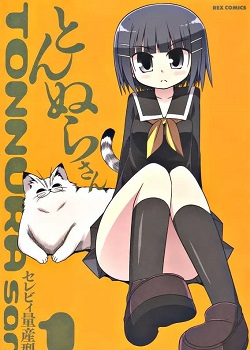 Meet the Ichinose household, composed of Hinano, Ichino, Satsukino, and their strict mother, Kyouno. One day, Satsukino found a stray cat and decided to take him home. The sisters soon found out, but most importantly, the cat was able to talk! The sisters discussed their situation, how their strict mother would not allow pet in the household, even if the cat was able to talk. A brief argument with their mother resulted in Hinano getting a slap from their mother, as she still refused to allow pet in the household. However, the cat himself interfered in the argument, and with a small 'persuasion', managed to make their mother change her stance. A small discussion followed, and it is decided that the cat will be called Tonnura from thereon!