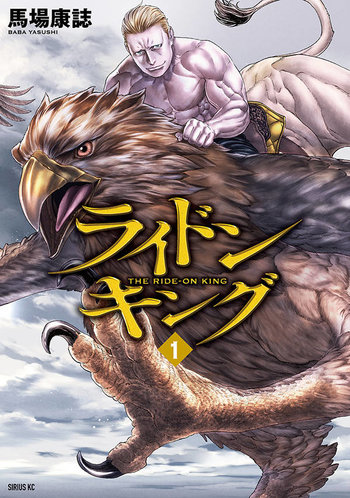 He hasn't got to the griffin yet, unfortunately.
Alexander Purchinov is president for life of the country of Pursia, a country ruled by violence and the influence of its government. Alexander always desires to be dominant, and "ride" things, whether literally or figuratively. Now that he has already ridden his country, his next target is a fantasy world that has orcs, wyverns, and centaurs.
Advertisement:

The Ride-On King is an ongoing 2018 manga series by Baba Yasushi. It has been serialized in Kodansha's Gekkan Shounen Magazine and Shounen Sirius, and has been collected into 3 volumes so far.