Manga / The Name of the Flower
aka: Hana No Namae 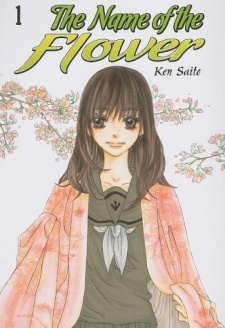 The Name of the Flower (Hana No Namae) is a Japanese Shōjo Manga by the mangaka Saitou Ken. It was serialized in LaLa DX from 2004 to 2007.

The story details the life of Chouko Mizushima, a teenage girl whose parents both die in a car crash. Depressed and refusing to speak, she goes to live with a distant relative, Mizushima Kei, who is a famous post-modern novelist, who has two prestigious awards, whose books have a power to express deep feelings of loneliness and despair. He himself suffers from such feelings and living together Chouko learns to go on and once again becomes a happy girl. But as they become closer, feelings develop and Chouko has to decide whether she wants to brave the kind of loneliness that loving the depressed Kei would bring, and Kei has to decide whether to pull himself out of the dark abyss or risk dragging Chouko down with him.

The manga was licensed in English by CMX Manga, but their editions went out of print after the label closed in 2010.