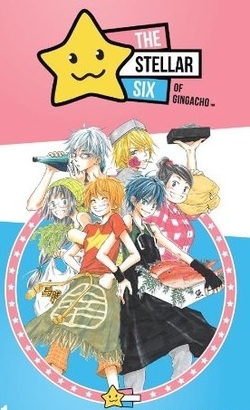 The Stellar Six of Gingacho, or Kirameki☆Gingachou Shoutengai in Japanese, is a manga by Yuuki Fujimoto about six teenagers whose families run shops in a street market.

Although the six were the closest of friends when they were younger, they're starting to grow apart. The main character, Mike (a girl; the name is pronounced "Mee-kay") finds herself missing the old days. The only member of the group who's still close to her is Kuro, her "partner". Cue The Power of Friendship to the rescue!Tends to evoke W.A.F.F..