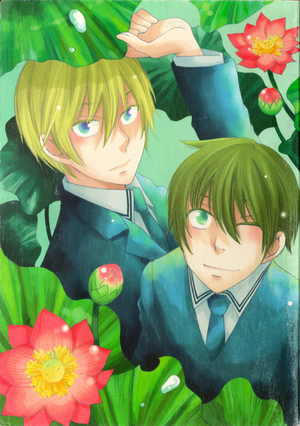 In this country, every person has to be matched up with a partner. Partnerships are made around the age of three or four; doctors decide who gets paired together. One person acts as the 'supplier' and the other as the 'receiver.' It is impossible for a 'receiver' to continue to live without periodically being given power from the 'supplier.' And in the same way, it is imperative for a 'supplier' that a 'receiver' accept some of the power generated within their body. This 'power' can't be made anywhere other than inside a 'supplier's own body, so for the 'receivers', 'suppliers' are completely indispensable....