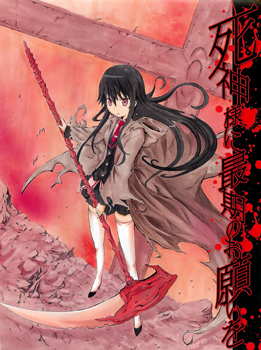 A relatively new manga which started in 2009. Shizuka Aida is a young teenager who is three days away from being executed for cruelly murdering his family, when a Shinigami comes to visit him. Turns out the Shinigami who appeared before him happens to be his little sister, Hibiki, and she has come to ensure that she takes his soul to hell, personally. She has another job on this trip as well, and that is to grant the final wish of a girl with heart disease, and she drags her condemned brother along with her.

Soon, it becomes apparent that people are not as simple as they may seem at first glance, and even Shizuka's guilt is uncertain. Hibiki and Shizuka promise to search together for the truth about their family's death, and they won't let life, death, or trouble in the afterlife get in their way!