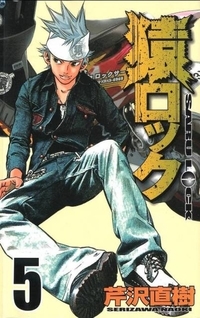 Saru Lock is a Japanese manga series by Naoki Serizawa. It was adapted into a television drama in 2009 and a live action film in 2010.

Yataro Sarumaru is the son of a locksmith. Yataro has gained exceptional skills to pick just about any lock. Using his exceptional skills, Yataro then finds himself solving various mysterious cases, while also trying his luck with the girls.