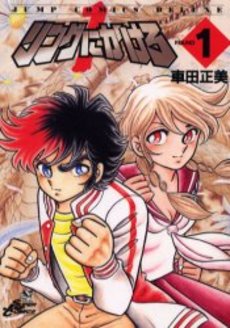 Ring ni Kakero (リングにかけろ Ringu ni Kakero?), or Put It All in the Ring, is a manga created by Masami Kurumada. A total of 25 volumes were published in Weekly Shonen Jump between 1977 and 1981. It is one of the magazine's best-selling manga series of all time, with over 13 million copies sold, as well as one of Kurumada's personal favorites.

The story centers around the life of a young boxer named Ryuuji Takane and his sister Kiku, who is also his coach. Their father had been a famous boxer but is now deceased. Ryuuji and his sister both inherited their father's talent for boxing: Ryuuji inherited his strength and techniques, while Kiku picked up his talent for analysis and strategy. Ryuuji and Kiku leave home to train and become famous in order to help their lonely mother, Chiyo. On the way to stardom, they have to defeat the strongest challengers all over the world...