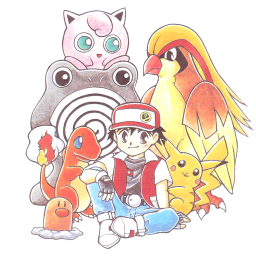 A one volume shonen manga based off of Pokémon Red and Green released in April of 1998.

It stars an average boy named "Satoshi" as he adventures through Kanto. Zensho is considered the most true of the manga to the games, and was the truest adaptation period until Pokémon Generations, as it delves into more scenes from the games than the other manga and a majority of its characterization is true to the games. Some info is even taken from the manuals.

There has been no official release of this manga outside of Japan. It had a Scanlation project but only the first chapter was released.