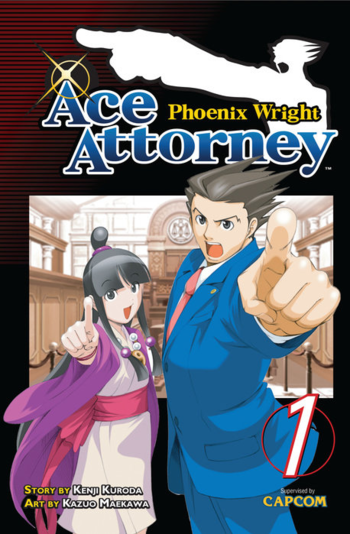 The 2007 manga series based on the Ace Attorney franchise. The series sees Phoenix Wright and his assistant Maya Fey take on a slew of new cases as they face off against Winston Payne, Franziska von Karma and Miles Edgeworth in court.

Unlike the games, there is no running storyline throughout the series. Aside from a few reoccurring new characters, the cases are all standalone and have an ambiguous but nonintrusive place in the canon of the games.

A total of seven cases were published: