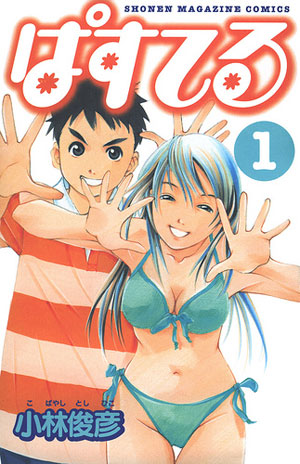 What is your dream?
Advertisement:

Mugi Tadano is a 16-year-old boy who lives alone; his mother died years ago and his father is always on frequent trips as a photographer. When his first girlfriend, Hinako, leaves him for Tokyo, he is understandably heartbroken. Kazuki, Mugi's best friend, invites him to work with him at his aunt's beach-side inn, in the hope of helping him shake off his depression.

But things take a fateful turn one day when, while at work, he spies on a beautiful girl, Yuu Tsukisaki, changing clothes in an alley behind the inn. Yuu, instead of getting angry, charges him ¥120 (approx. $1.05 USD) for watching her. This isn't the last that he would hear from her...

The manga has been running since November 2002 and is ongoing in Magazine Special, having spanned over 25 volumes. There is no anime adaptation as of yet.