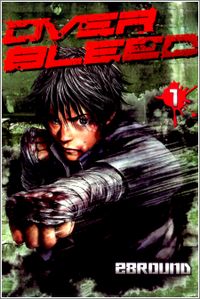 The least bloody our hero will be in the whole series.
Advertisement:

Kei has a problem.

For years now, he's been the victim of brutal bullying. His parents don't care about him and his classmates turn a blind eye to his problems. When he finally reaches the breaking point, he accepts a proposal to participate in a double suicide with his childhood friend Akira. While Akira dies, Kei lives to be bullied another day.

But months after the incident, Kei finds a strange website broadcasting brutal street-fighting videos. There he finds someone who bears a shocking resemblance to Akira laying out beatdowns left and right. Intrigued and hopeful to reunite with his friend, Kei delves into a world of bloody brutality.