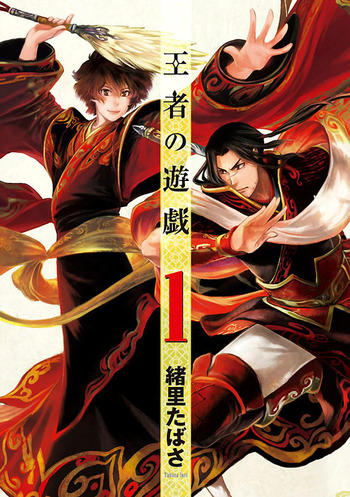 Ouja No Yuugi is a Seinen Manga by Iori Tabasa, serialized in Comic @ Bunch in 2012 - 2015, and composed of 6 volumes. It is very loosely based on Romance of the Three Kingdoms.

In this fantasy retelling of the Three Kingdoms history the strategists are people with supernatural abilities, which allow them to control battles. But their power comes at a price: they can never grow up, and remain in child's body forever. In order to fully realize their abilities, each strategist has to team up with a general. They become inseparable, like fish and water.

The story follows young strategist Guo Jia, as he tries to find his place in the turbulent world during the last years of the Han Dynasty.