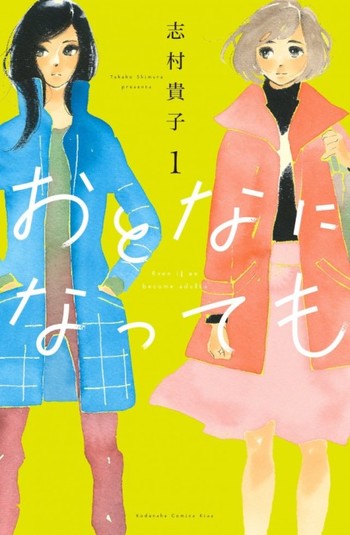 Ayano Ookubo is an elementary schoolteacher. While at a bar she meets a woman named Akari Hirayama. After getting drunk, she ends up back at Akari's home. They end up kissing and trade numbers. However, there's one thing that Ayano didn't tell Akari: she has a husband.

Otona Ni Natte Mo (Even Though We're Adults) is a manga by Takako Shimura. An English release by Seven Seas is set for 2020.