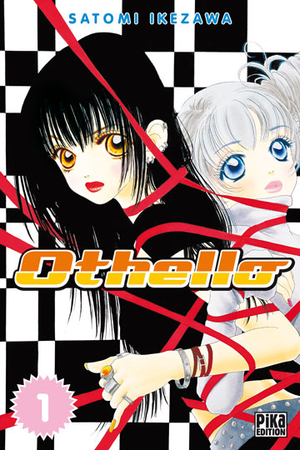 Othello is a manga series created by Satomi Ikezawa. It was serialized in the shojo magazine Bessatsu Friend from 2001 to 2004, and compiled into 7 volumes.

It tells about Yaya Higuchi, a girl who's always dreamt of becoming a singer, but due to her shy nature, she's always been bullied. Now in high school, she still feels isolated, even by her "best friends": her only way to escape reality is by dressing up in lolita fashion and talk with fellow fans of her favourite band, Juliet.

However, once even this secret is brought to light and mocked upon, she snaps and develops a Split Personality: Nana, a hot-blooded Action Girl who will turn Yaya's life outside down without her even knowing.

Not to be confused with Othello, a Shakespeare play. The title of the manga is probably inspired by the board game.