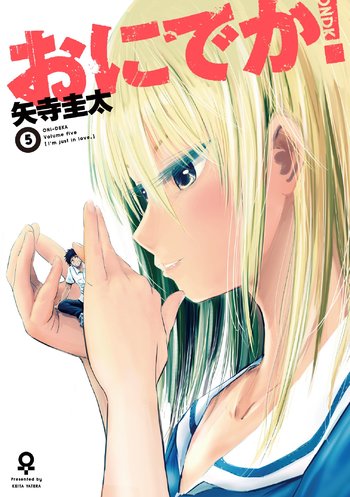 Onideka is a manga by Yatera Keita that started publishing in December 2015.

Kiryuin Hanao is the idol of her school and her childhood friend Takezo is always by her side, helping her throughout her school activities. But when she suddenly becomes a giantess, she is forced to return to her old ways in order to protect her city and friends. However, it soon becomes apparent that Kiryuin is not the only girl to be afflicted with a sudden change in stature...