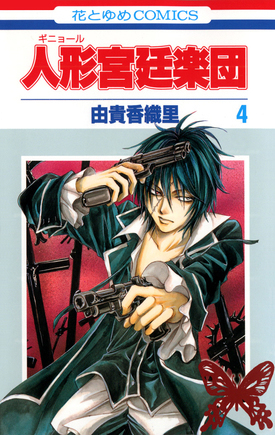 Ningyou Kyuutei Gakudan (also Grand Guignol Orchestra, The Royal Doll Orchestra and lots of other names) is a manga series by Kaori Yuki.