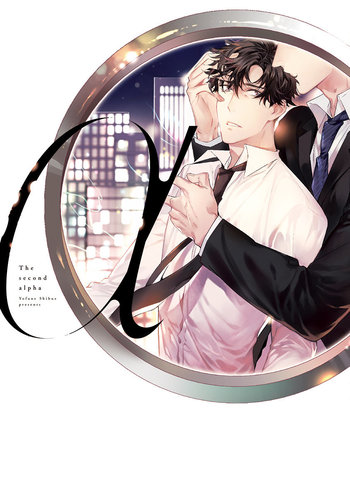 Niibanme no Alpha (2番目のα, translated as "The Second Alpha") is an Omegaverse Yaoi manga by Yofune Shibue.

Morita is an Alpha man who, when getting to his new job, meets Matsumoto, a senior employee charged with picking him up. Morita immediately realizes that Matsumoto is an omega and his fated pair, but despite being sure of it, Matsumoto refuses Morita's advances, and it seems he is already taken.

The manga was released in 2019 on the magazine Be x Boy Omegaverse, from Libre Publisher.