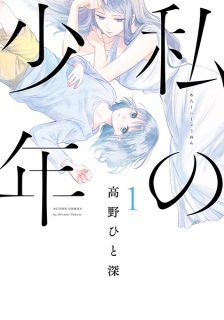 Thirty-year-old Satoko Tawada is an office worker for a sporting goods company. Finding herself isolated at her job, fate would have her meet a 12-year-old boy named Mashuu Hayami when he was playing soccer by himself. After saving him from a potential predator, Satoko decides to coach him.

As they further come to understand each other, Satoko sees that Mashuu's home life is unstable. They grow closer when they realize that they are Not So Different.

My Boy or Watashi no Shounen was written and illustrated by Takano Hitomi and was published in the Monthly Action magazine beginning in December 2015.