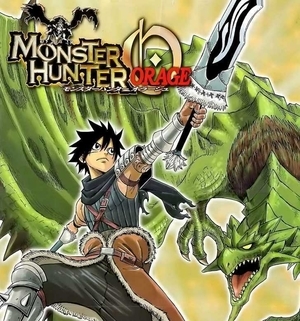 The manga adaption based on the popular RPG Monster Hunter.

Shiki Ryuho is a Forbidden Hunter who is in search of Miogaruna, the forbidden dragon of light, following the death of his master, Greylee, several years ago. He is accompanied on this journey by Ailee, Greylee's experienced hunter of a daughter, and Sakya, the daughter of a famous Equipment Technician. Not far behind is Curlon, a powerful hunter who has his eyes set on Ailee and decides to become a Forbidden Hunter in order to destroy Shiki for taking Ailee away.