Manga / Met My Sister On A Dating Site

Met My Sister On A Dating Site 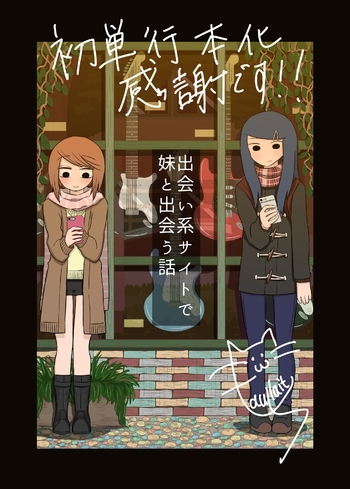 (出会い系サイトで妹と出会う話) is a 2017 yuri webcomic-turned-manga by Mochi Au Lait. It follows the story of lesbian sisters Ayumu, the older one one, and Sayo, the younger one, as they discover each other's sexual orientation after pseudonymously connecting and flirting on a dating website. Undeterred, the sisters begin an incestuous, lesbian relationship.
Advertisement:

The first volume is available on Amazon

and other Japanese online sellers, while the second volume came out fully December 26th, 2017. Chapters will also be periodically released online via Twitter and other online manga reader platforms.