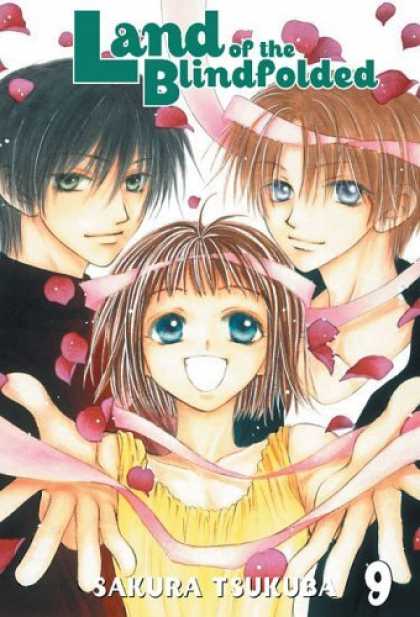 "If there were a 'Land of the Blindfolded'... would people understand... the concept of "sight?" My "blindfold"... is defective. Sometimes it slips a little."
— Kanade Otsuka

Mekakushi no Kuni, or Land of the Blindfolded (1998-2004), is a shojo manga that revolves around Kanade Otsuka, a young high school student who describes her world as a place where everyone wears "blindfolds." Kanade's blindfold slips off occasionally, allowing her to see the future whenever she comes into physical contact with someone. But Kanade's not alone with this special ability - a boy named Arou Naitou can see the past but refuses to meddle in people's lives, while another boy named Masahiro Namiki can also see the future, but uses his power only for his self-benefit. All Kanade wants to do is to use her power to help people, but it won't be such an easy task.