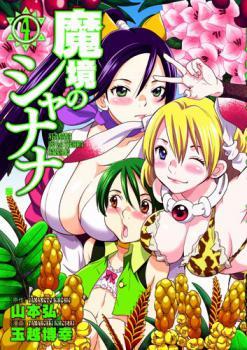 It's 1947 in the South American Amazon. A boy named Tommy, brought up in the jungle, is separated from his father, who is exploring ancient ruins. Before him, the beautiful girl Shanana appears. Having no common sense, the daring and slightly ecchi Shanana startled Tommy. But soon, their encounter will shake the world...?

The manga follows the following tropes: