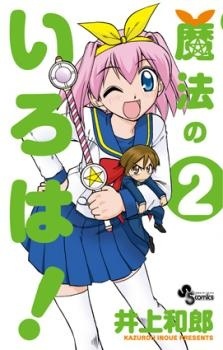 Yet another screwball action-comedy manga from Inoue Kazurou, the same man who made Midori Days and Ai Kora. The manga ran in Shonen Sunday Super from 2009 to 2012.

Tropes in Mahou no Iroha