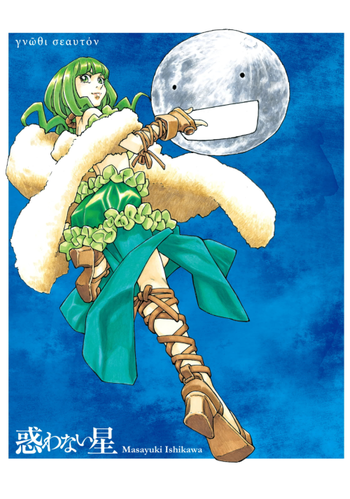 Set in the distant future, after an event called "End of Summer Vacation" began the rapid deterioration of Earth's surface, most of what remains of humanity resides underground in societies called the "Inside", living in blissful ignorance, waiting for the surface to detoxify itself for resettlement. S-zawa and Hazuki Oikawa are two people who work on the "Outside", sending messages into space and checking the surface. One day, a woman comes to them claiming to be the Earth itself, and pleads S-zawa to send a call for help into space. Soon, other women claiming to be planets arrive at their facility...