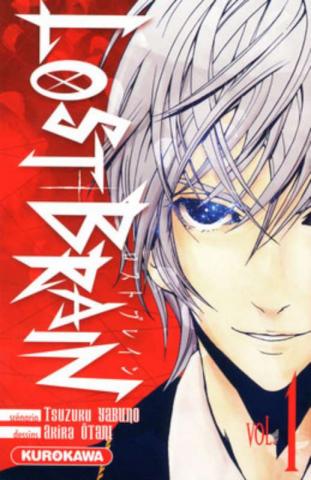 Hiyama Ren is an apathetic first-year who, despite having been appointed student council chairman, ignores everything around him, including his own academic achievements. Then, one day, fellow classmate and student councilmember Takagi Yuka (who has an unrequited crush on him) requests his help and support with the upcoming cultural festival.

It seems that Yuka’s uncle, Kuonji Itsuki, is a nationally-renowned hypnotherapist, and Yuka thinks that a hypnosis show would be a big draw for the fair. Hiyama is interested, but wants proof that hypnosis works. So Yuka invites Kuonji to give a demonstration before a select audience, including Hiyama. After seeing proof of its effectiveness, Hiyama decides to use it to make the world a better place, no matter what…

Lost+Brain is a manga written by Tsuzuku Yabuno and illustrated by Akira Otani, which was serialized in Weekly Shonen Sunday from December 2007 to July 2008 and compiled into three volumes. It's often (understandably) compared to Death Note; both are Shōnen manga which are constantly mistaken for Seinennote  Death Note was published in Shonen Jump, Lost+Brain in Shonen Sunday. Both star bored, brilliant high schoolers who come across a supernatural power of some kind and decide to use it to make the world a Utopia. Both also end up playing Xanatos Speed Chess against an opposing Chessmaster who is leading the effort to catch them.

Lots of hidden spoilers below.