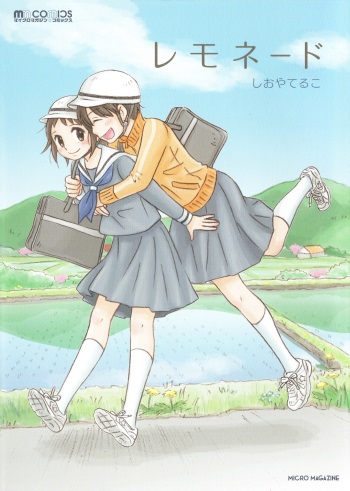 Sensitive Youko and tomboyish Maki are two best friends who are just starting middle school together. However, their school life is off to a bad start when an older boy at the tennis club recognises Youko as the younger sister of a girl he knew who already graduated, and immediately dubs her 'Imoko' ('younger sister'). Youko takes offence, and starts to hate Keita in earnest when he fails to listen to her requests to stop it. But strangely, Maki doesn't seem too bothered by it all, and even elects to join the tennis club with him, making Youko feel even worse.

As Maki and Keita become closer, Youko only becomes more miserable. However, her bad feeling doesn't go away even after Keita agrees to stop calling her by the nickname and make it up to her. Why is she so opposed to the burgeoning relationship between him and her best friend?