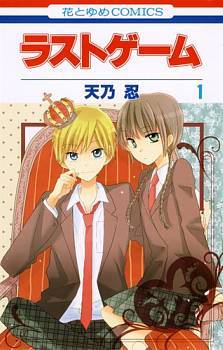 Naoto Yanagi has it all. He's smart, handsome, rich, and popular with everyone around him. He's the king of his world, and it's all his for the taking. However, his world becomes completely dominated by the quiet and plain Mikoto Kujou, who turns out to be better than him at everything from grades to sports. From then on a serious - that is to say, seriously one-sided - rivalry erupts between Yanagi and Kujou as he becomes obsessed with beating her.

From their elementary school years to high school, they play this game. Well, he plays it, she never notices, to Yanagi's lasting frustration, which eventually leads to him concocting a diabolical plan—he'll beat her by making her fall in love with him only to reject her when she confesses. This works about as well as everything else he tries. By the time they enter college, he's still following her and eventually decides to play a "last game" with her: if he can put a ring on her right ring finger, then he wins. As the game goes on, though, he realizes that he may actually feel something more for Kujou and slowly starts to fall in love with her.

It's too bad that Kujou is Oblivious to Love and Yanagi Cannot Spit It Out.

Tropes from this Manga: