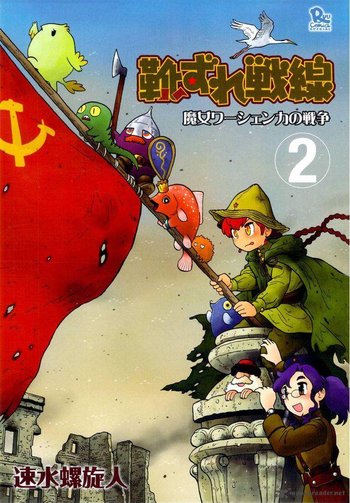 Sometimes, even witches go to war.

Kutsuzure Sensen: Majo Vasenka no Sensou is a seinen manga written by Hayami Rasenjin. It depicts the adventures of Vasilisa Medvedeva (or simply Vasen'ka), a bit lazy but competent pagan witch, and her friend Nadezhda Norstein (or simply Nadya), a young NKVD officer, on Eastern war front during the WWII.

They encounter a lot of supernatural beings — both friend and foes — during their journey and solve the related problems while trying to survive during the war.

Regretfully, the manga is too unique to be licensed. Even the full fan translation only exists on Russian.

The page is still under construction, more additions yet to come.