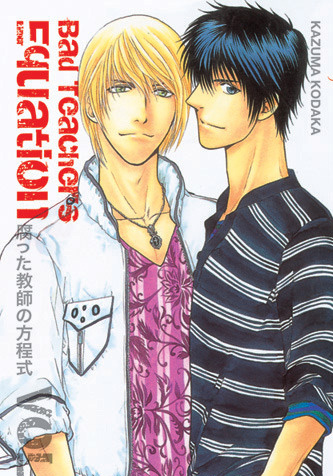 Atsushi Arisawa enrolls at Jougaouka High School to be near Masami Shibata (Ma-chan), who was his childhood crush. Unbeknownst to Atsushi, however, Masami no longer works at the school and his older brother, Masayoshi is now the nurse. Atsushi mistakes Masayoshi for Masami and is horrified because to him, it appears that Masami's personality has done a complete 180. Add to the fact that Atsushi's friend, Kouji Inagaki is totally in love and constantly trying to make-out with him.

Due to all of this mess, Atsushi's life at Jougaoka is hell... until he starts thinking that maybe the new Ma-chan isn't so bad afterall and that, maybe he actually likes the way Ma-chan is now. Until of course, he finds out that Masayoshi isn't Masami... but after a while, he still ends up falling in love with him for what he is.