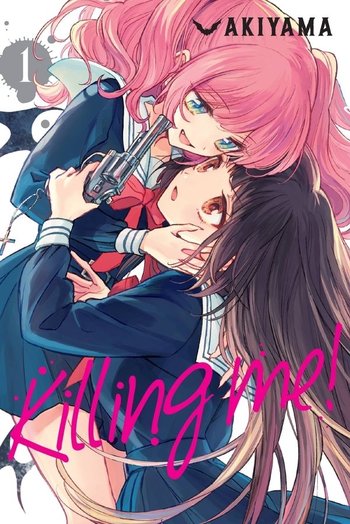 Vampire hunter Saki Fujimiya is the epitome of poise and finesse-that is, when she's not around Miyoko Kujou! Why does Miyoko get such a rise out of her? Well, to begin with, Miyoko's a vampire — Saki's natural enemy — but that's not the only reason Miyoko gets under Saki's skin. Despite Saki's best efforts to kill Miyoko, something keeps stopping her from biting the bullet and ending it all for good.

Killing Me! is a supernatural action comedy yuri manga by Akiyama. Yen Press released an English version in 2019. As of now, the series is considered discontinued.

Tropes appearing in Killing Me! include: