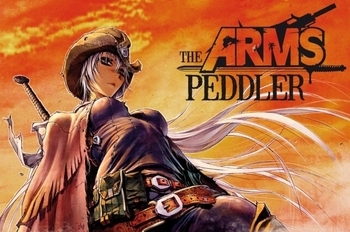 In a World... which has become a desolated, lawless land, bandits roam free, innocent people suffer, and demons lurk around every corner. Souna Yuuki is a young boy who survives a massacre after his family is killed by a group of bandits called the Hydras, who burn a mark of their emblem into his hand and leaves him to die. Souna is soon rescued by Garami, an Arms Peddler who sells weapons to clients wishing to buy guns. In exchange for rescuing him, Garami makes Souna her servant until he pays his debt to her. Now Souna travels with Garami as her assistant where they travel the land selling guns, while he slowly pays off his debt and searches for the bandits who killed his family.