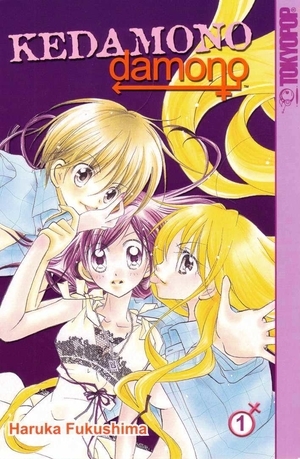 A romantic comedy Shoujo manga by Haruka Fukushima. The series focuses on Konatsu Narumiya, a high school freshman who manages her school's basketball team. When Konatsu goes to look for Haruki, a member of the basketball team, she finds out that he turns into a perverted girl at night. Haruki-as-a-girl then sexually harasses her, they wake up in the same bed, and Haruki admits that he knows Konatsu has a crush on the team captain. Long story short, the captain turns out to be a jerk, so Konatsu decides to go out with the ultimately well-meaning Haruki. Hijinks ensue.

The manga ran in Nakayoshi from 2004 to 2007. It was licensed in English by Tokyopop, but seems to be out of print. It was also Cut Short after only 3 volumes, leaving it an Orphaned Series.