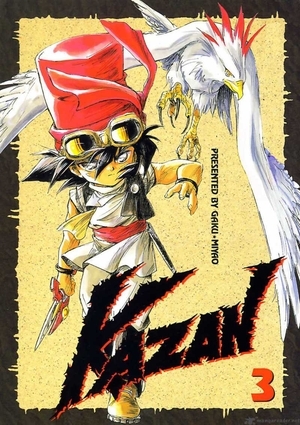 Set in a desert kingdom, Kazan is the story of the sole survivor of a clan of nomads who seeks revenge on a water demon who killed his people and stole his childhood friend. Oddly, while he survived he hasn't physically changed since the encounter and is still physically eight years old, which is an odd contrast to his personality. He meets up with Fawna, a strange girl who can create water from her hands and agrees to escort her on a journey. The rest of the story is a bit murky, but suffice it to say, not everything is as it appears.