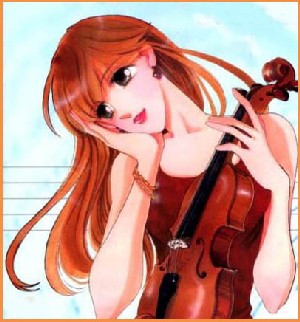 Thank goodness she has the violin, everything else in her life is a mess.
Advertisement: