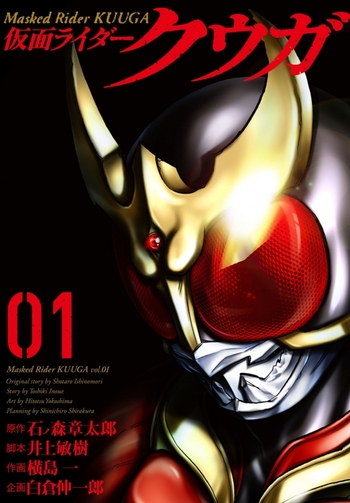 The legend has been revised once more.
Advertisement:

A manga adaption of the 2000 series of Kamen Rider.

The manga starts off similarly to the original TV show. A man named Yusuke Godai gains the power of a ancient warrior named "Kuuga", and with the help of officer Kaoru Ichijo, fights the Grongi to save people.

But things start to diverge when a Kuuga-like entity appears, as well as the police building an anti-Grongi suit...

It was written by Toshiki Inoue.

This adaption of Kuuga contains examples of: