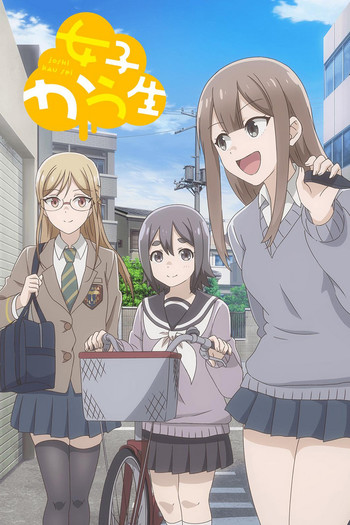 It was adapted into a 12-Episode Anime series (with 3-minute-long episodes) and was released in April 2019. Can be watched on Crunchyroll.

Not to be confused with High School Girls, a different manga whose title has the same name, but is written with different kana.