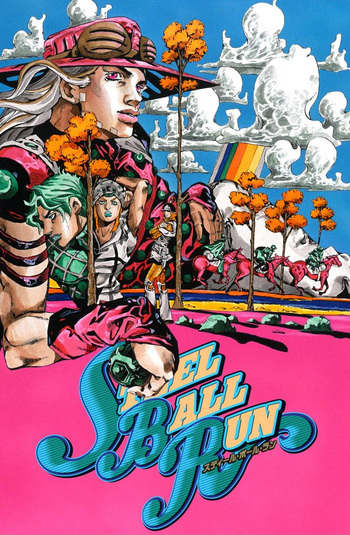 It has, truly, been a roundabout path...
”This story is about how I got up on my feet. Not in the physical sense, but how I went from adolescence to adulthood.''
— Johnny Joestar
Advertisement:

Steel Ball Run is the seventh part of the long-running JoJo's Bizarre Adventure series and the first part of the rebooted continuity. It is preceded by Stone Ocean and followed by JoJolion. While still published by Shonen Jump in 2004, the following year it transferred to the magazine's Seinen cousin, Ultra Jump, running there until 2011.