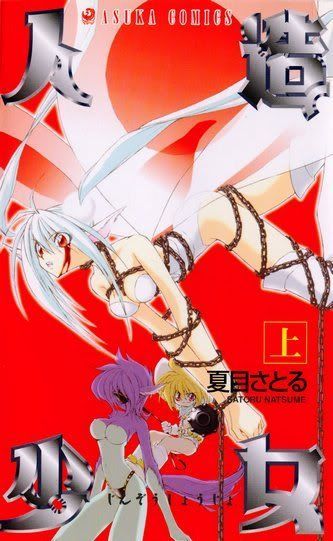 While walking his dog, a scientist, named Anjin Hiruma, discovers a human brain in an alleyway. The scientist takes the brain, and implants it into the body of a 16 year old girl, named Nina, who had died fourteen years ago. However, it turns out that the brain belonged to a high schoolboy named Yutaka Musumi. As you might've guessed, Musumi wasn't all too happy to realize that he was inhabiting a girl's body, and a majority of the plot concerns him going on a quest to find his missing body.

The manga was written by Satoru Natsume, and it currently only has two volumes. It is also known as Artificial Maiden or Artificial Girl.