Manga / It's My Life (Imomushi Narita) 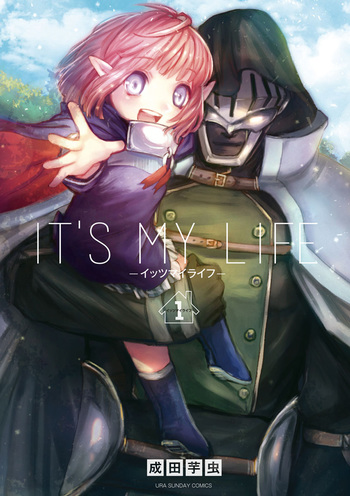 ...Astra-sama laughing in such a way... I'm glad he found his sun, then.
-Rosenrot, Vice-captain of the Chivalric Order

It's My Life is a comedy Slice of Life manga series by Narita Imomushi in a fantasy setting. It follows Astra Ludger Doomsday, a former guard captain, as he retires to live in a house in the woods. Hoping for a peaceful life, he is joined by a magical elf girl of the silver-eyed Antikythira race after she crashes into his house on a Flying Broomstick. She mistakes him for the Evil God, and they live together as he doesn't have the heart to break to her he's not. Hilarity Ensues.

The manga got an anime OVA adaptation, with an original story, released in 2019.

(Not to be confused with ITS MY LIFE!, which is a fanfic based on the videogame Portal).

It's My Life contains examples of: