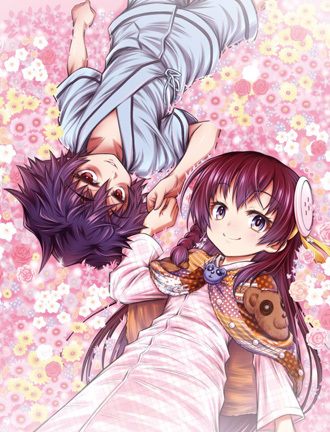 This is a story about a boy who comes down with a strange disease that is slowly killing him, having until his twelfth birthday until he dies. The reason it’s so strange? Practically everything that the boy sees that can be related to a person, be it their faces, names, pronouns, or anything else, is obscured, as if scribbled out.

However, the boy does not mind that his life is cut short by this disease. In fact, he’s thrilled with this idea, for his illness will bring him attention and his death will bring him fame, to the point where the disease will be named after him when he dies. But more importantly, his disease would make him a unique individual. So long as this disease can grant him that individuality he had always wanted, he doesn’t care about his life.

And then a girl enters his life. A girl who he could see the face of. A girl who has the same disease he has. To make matters worse, she has a shorter time than he does. This doesn’t sit well with the boy. Especially since her death will be more focused on than his. So, he concludes that, in order to preserve his individuality, he must kill her before the disease does.

And thus begins Ill Boy, Ill Girl, a manga written by NisiOisiN and illustrated by Akira Akatsuki, the pair's second team-up since Medaka Box. The manga began in January of 2016 and underwent a monthly serialization in Jump SQ. It officially ended in April 2017, with its fourth collected volume printed in May.