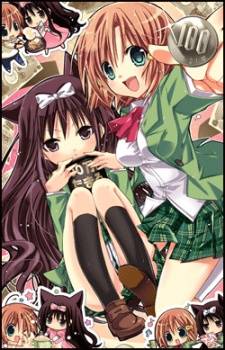 Hyakuen! is a manga series by Ema Toyama.
Advertisement:

"The Spendthrift" Genki Girl Momo Yamada and "The Economist" Stoic Madoka Suzuki are both saving money for their dreams — their very different dreams.

Momo wants to save up 10,000 (uh, we mean 100,000) yen to get a scooter and a motorcycle license and go to various places with Madoka riding in the back (whoops, we meant buy a bike). Okay, so Momo constantly changes her "dream", but she's horrible at being frugal. Meanwhile, Madoka wants to save 1,000,000 yen in order to go see her grandfather in Germany.

Will they be able to achieve their dreams?