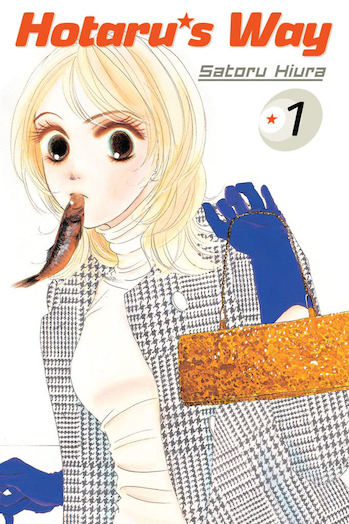 Hotaru's Way (Hotaru no Hikari, literally "Light of the Firefly") is a Josei manga by Satoru Hiura about the ups and downs of Office Lady Hotaru Amemiya: a "dried fish woman," which is a term for women who, instead of focusing on going out, looking good and going on dates, would rather live a more relaxed lifestyle. She rents a home alone; however, through strange circumstances, her boss starts living there as well. The two of them keep this a secret from everyone, as he gives her advice on love and life. Hotaru eventually finds a boyfriend, but is there some tension between her and her boss, Takano?

The manga was serialized in Kiss from 2004 to 2009 and compiled into 15 volumes. It's licensed in English by Kodansha USA. It was also adapted to a live-action drama in 2007.