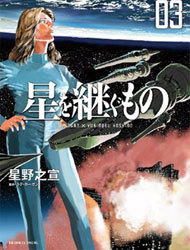 In 205X, armed forces and conflicts are a thing of the past and people live safe, peaceful lives, all thanks to a cheap, inexhaustible source of energy. One day, something strange is discovered on the moon: an ancient corpse in a spacesuit. The corpse is undeniably human, but it appears to be about 50,000 years old! What does this mean about the history of our species and what effect will this discovery have on current human society?