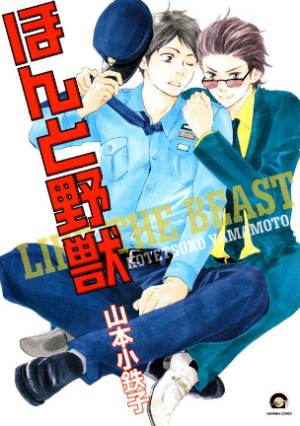 Ueda Tomoharu (left) and Gotouda Aki (right)
Aki: 's kinda like that story, yanno? That Romero and Juliet one! A cop and a mobster!
Takihaze: Waka, I believe you mean Romeo and Juliet.
Advertisement:

Ordinary policeman Ueda Tomoharu caught an underwear thief red-handed and encountered one of the people the thief stole from. The next day, he was confessed to by over-the-top Yakuza Gotouda Aki, who turned out to be the person he met the day before. They started dating after some further hijinks, and Ueda's quiet and normal life was gone forever.