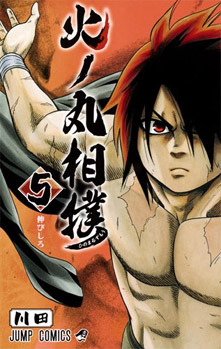 Oodachi High School Sumo Club. Originally having a single member, being on the verge of disbandment and not even having control over it's own dojo, those who had heard of the club had long assumed it was not going to last for much longer. That is how it was at least, until a short student named Ushio Hinomaru transferred, ready to bring the club not only back on its own feet, but also to the top, with the title of Yokozuna as his goal. Initially met with disbelief, he destroys any prejudice he is met with, proving the power of effort can overcome physical barriers, inspiring fellow club members and people around him.

Originally thought to be a very talented newcomer to the world of sumo, it is soon revealed that Ushio had made a reputation for himself in his elementary school years already, being known as Onimaru, a legendary sumo wrestler who was feared by all. After a hiatus, rumors of him cooled down considerably, though he is back to prove himself once more, quickly gathering more attention and improving people's opinions of the club. As time passes, new members join, and together, they experience the hardships of rigorous training, competition, loss, victory, and the spirit of sumo.

The story is written and illustrated by Kawada, and was published in Weekly Shounen Jump from 2014 to 2019. It received a 26 episode anime adaptation produced by studio Gonzo in 2018-2019.