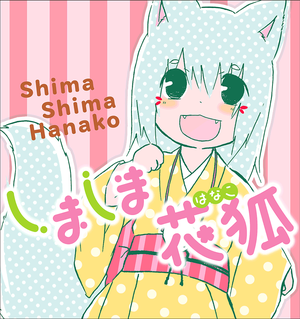 One fine day, Fu Yamanaka's life is changed forever when a little fox girl appears in front of her, declaring Fu her savior and wanting to repay Fu for having saved her life. The little fox, Hana, soon finds she doesn't want to leave, and Fu's uncle, Gen, is all right with her staying and becoming his coffee shop's mascot.

Thus begins the story of Hana the Fox Girl (Shima Shima Hanako) by Chima. The manga is a cute Slice of Life story with occasional bits of supernatural fun thanks to Hana herself and her big brother, the talking dog Tsugumori.